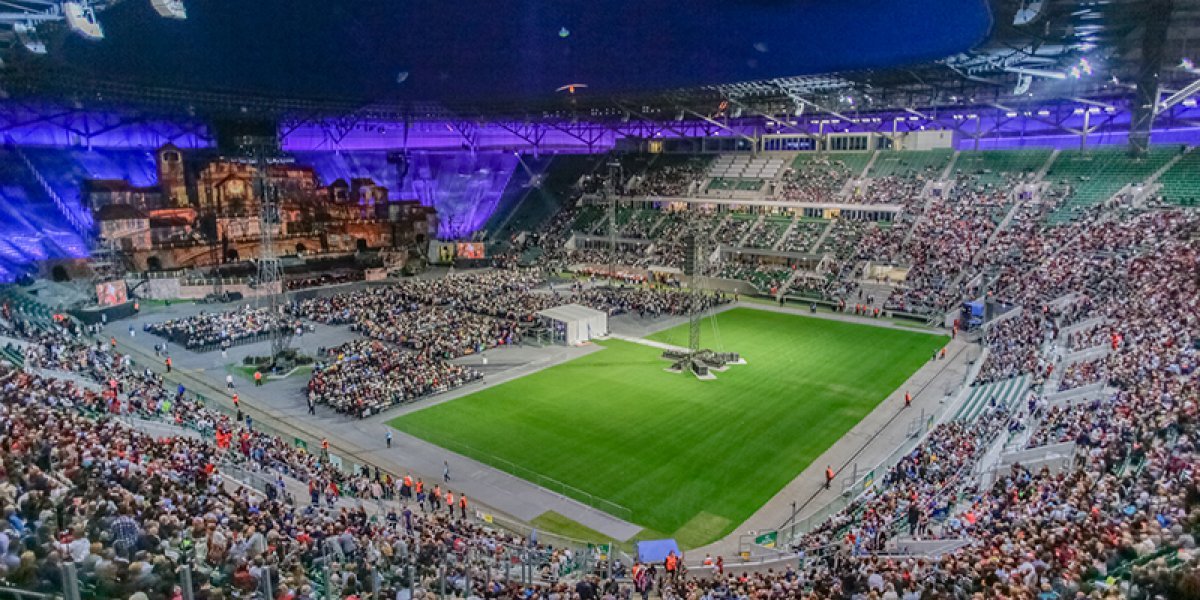 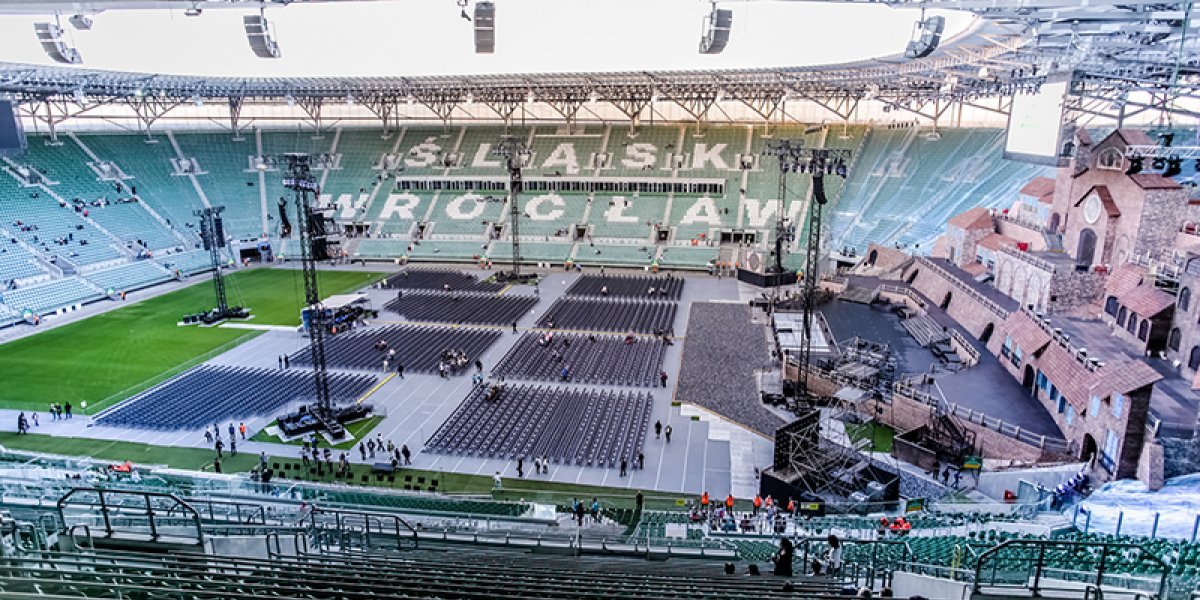 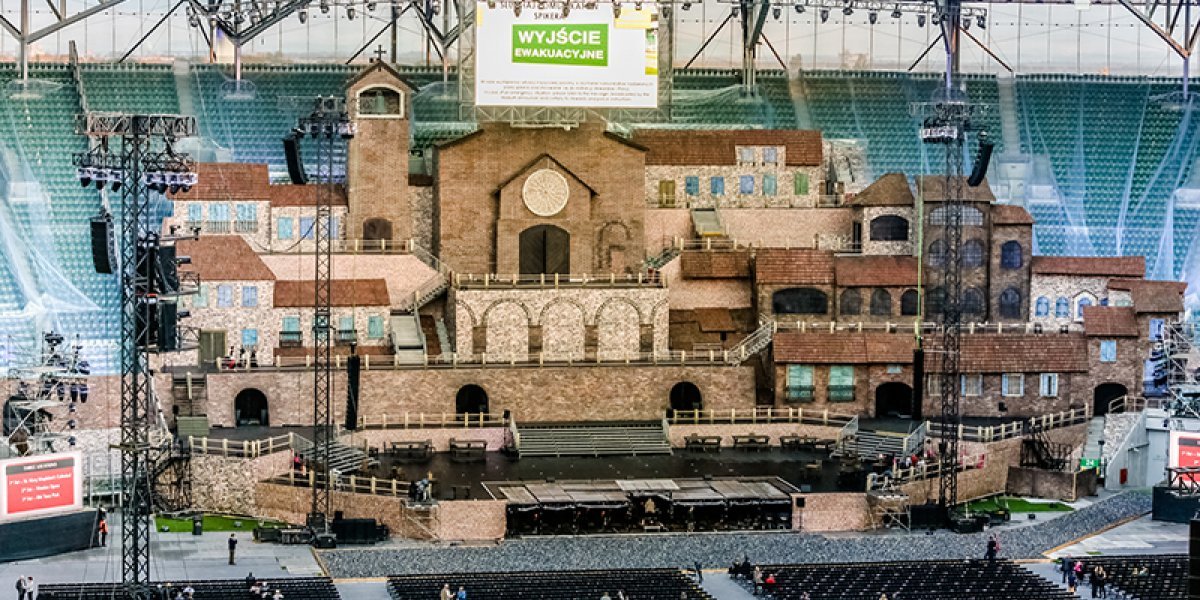 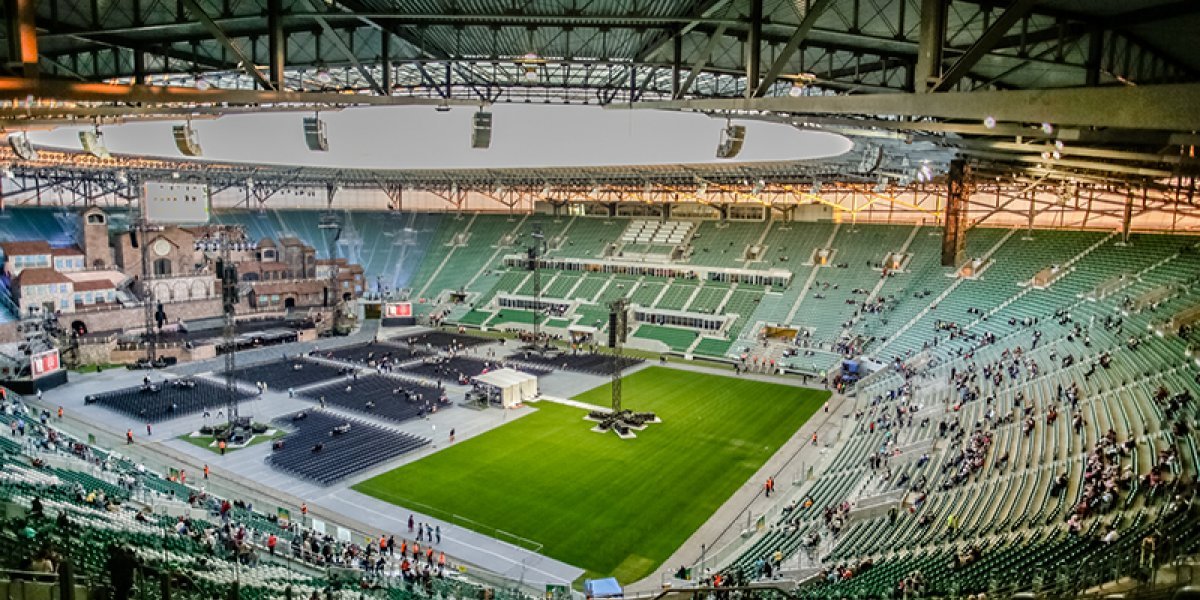 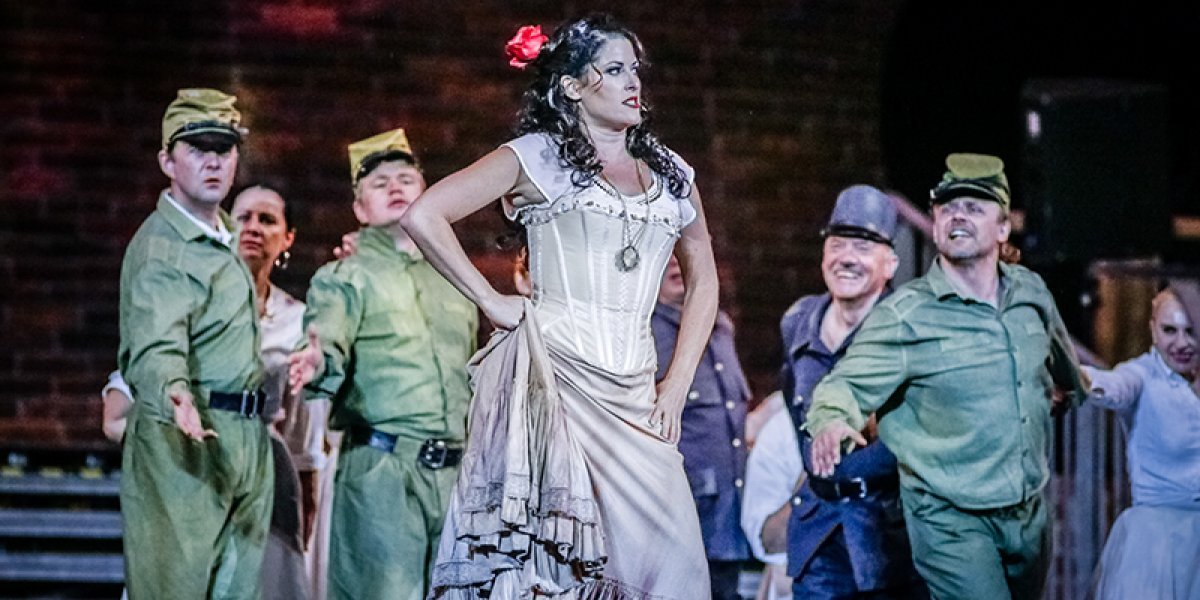 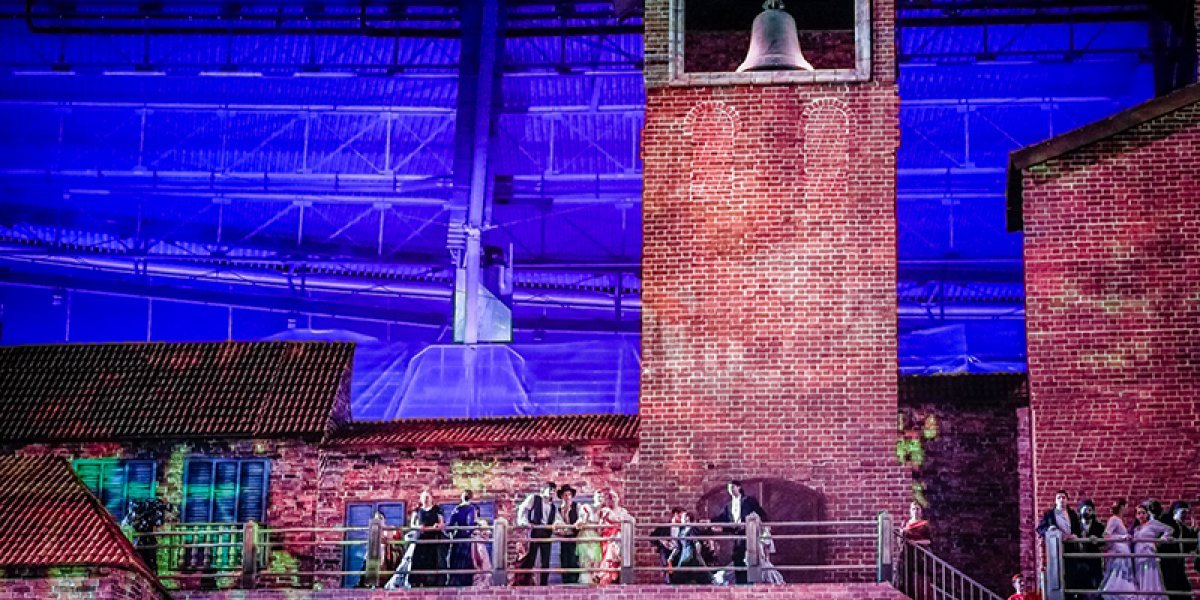 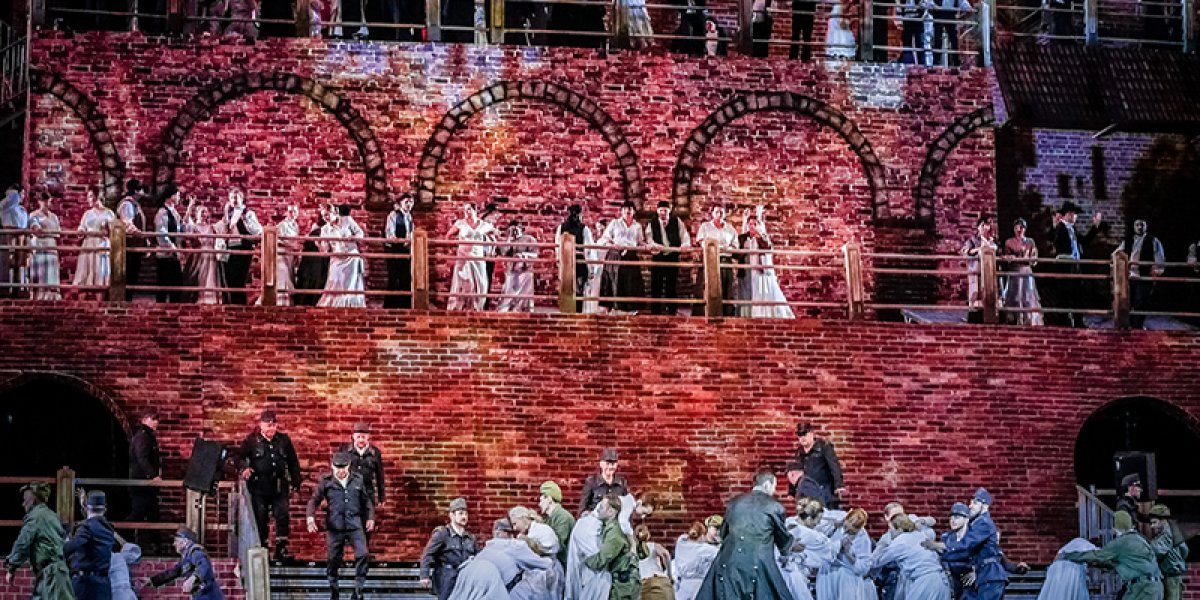 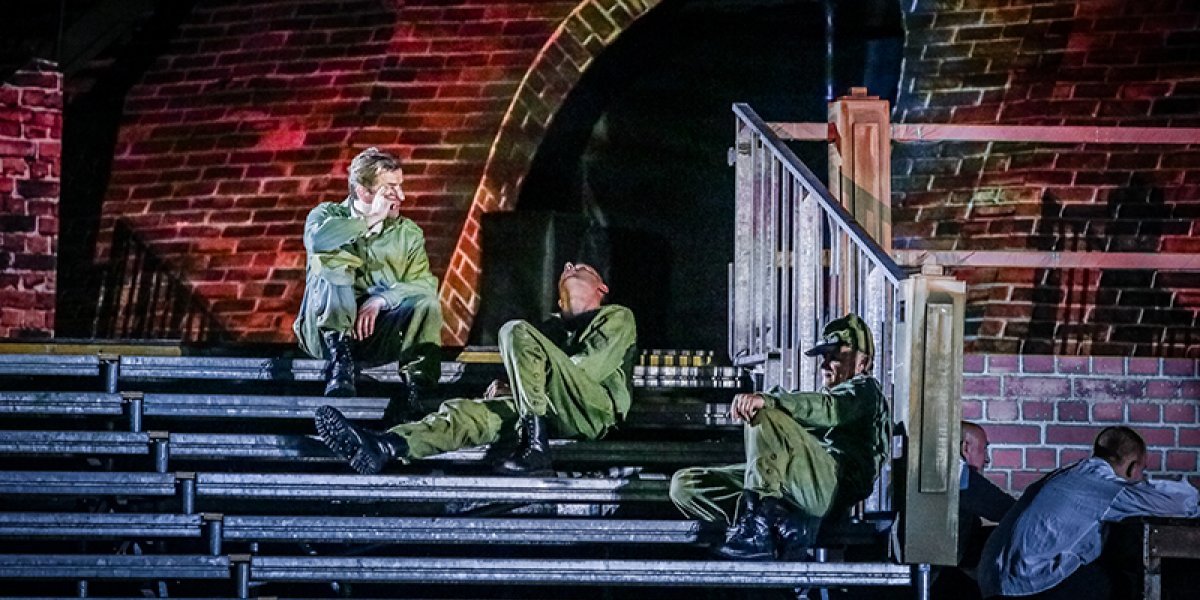 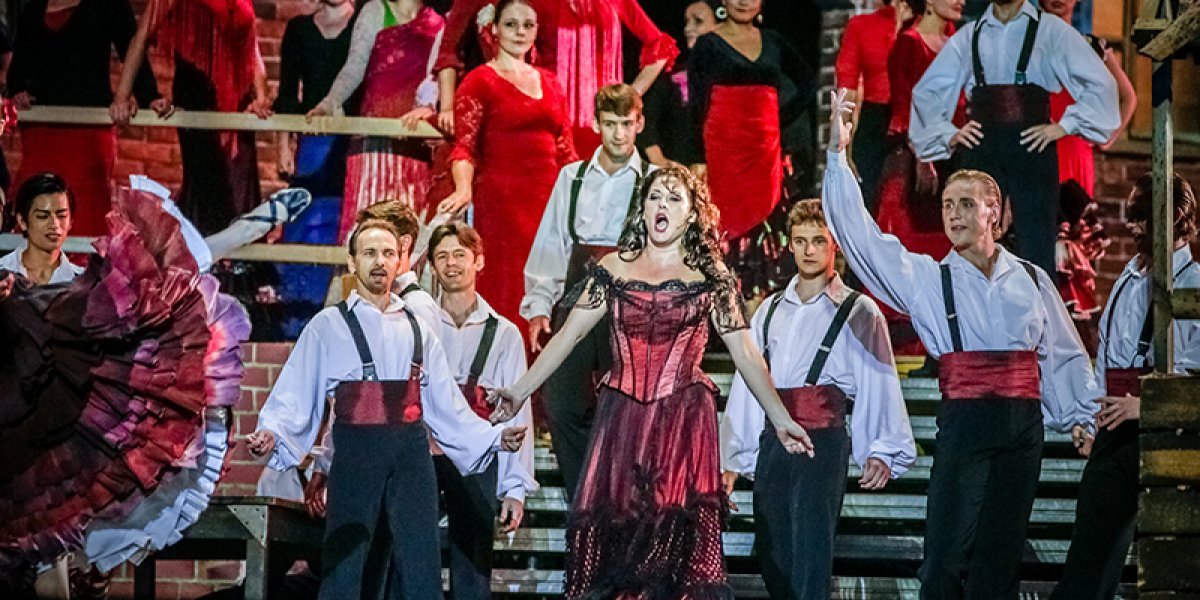 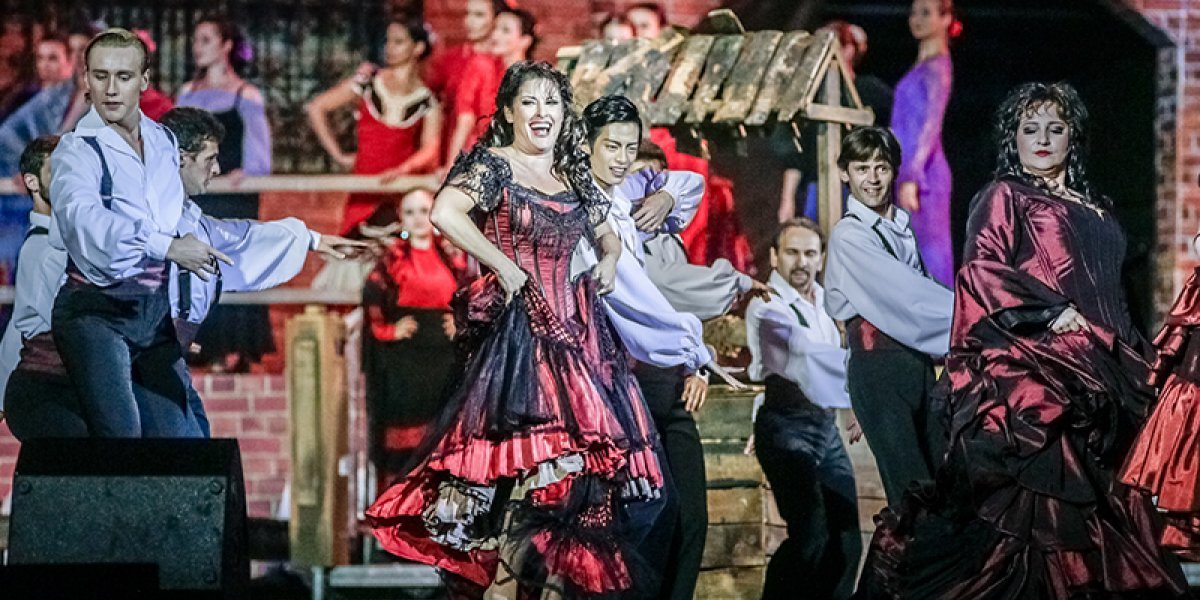 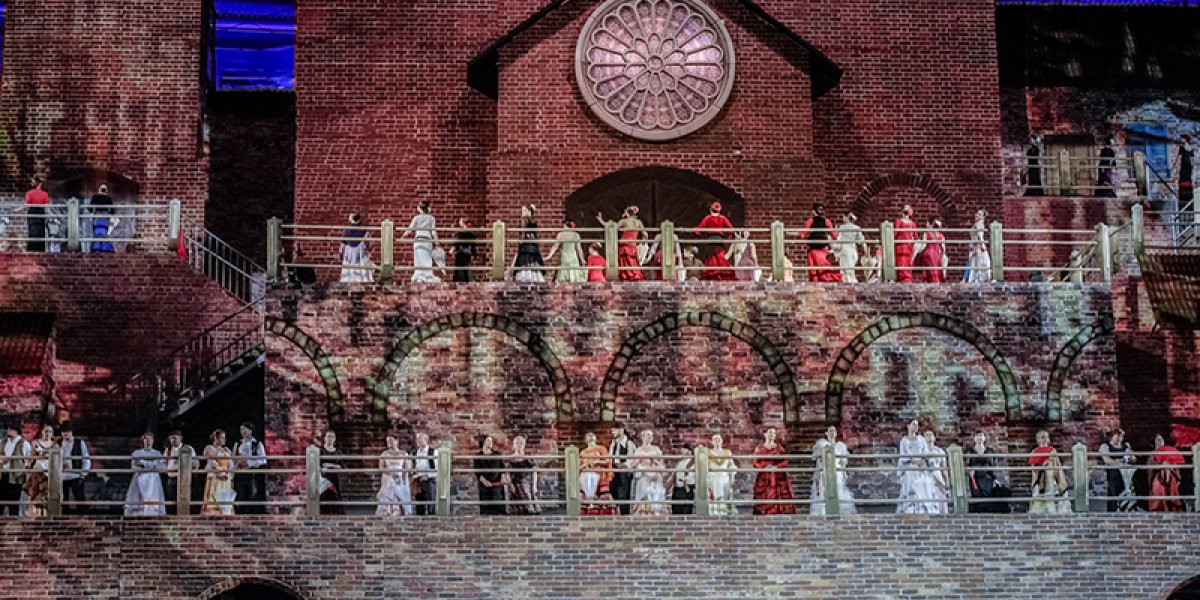 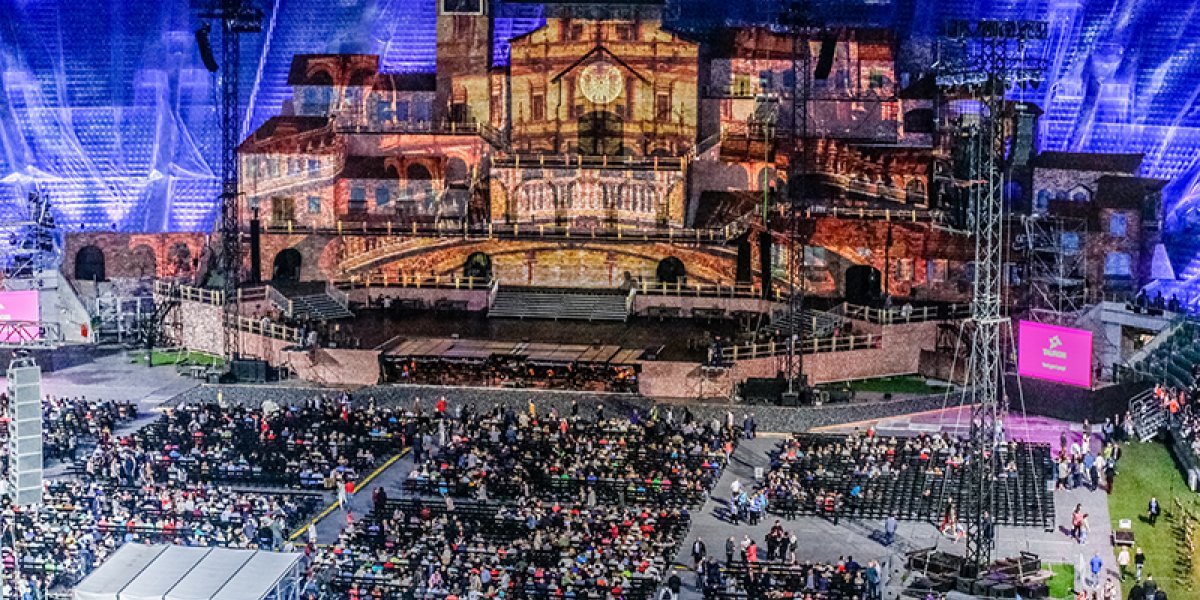 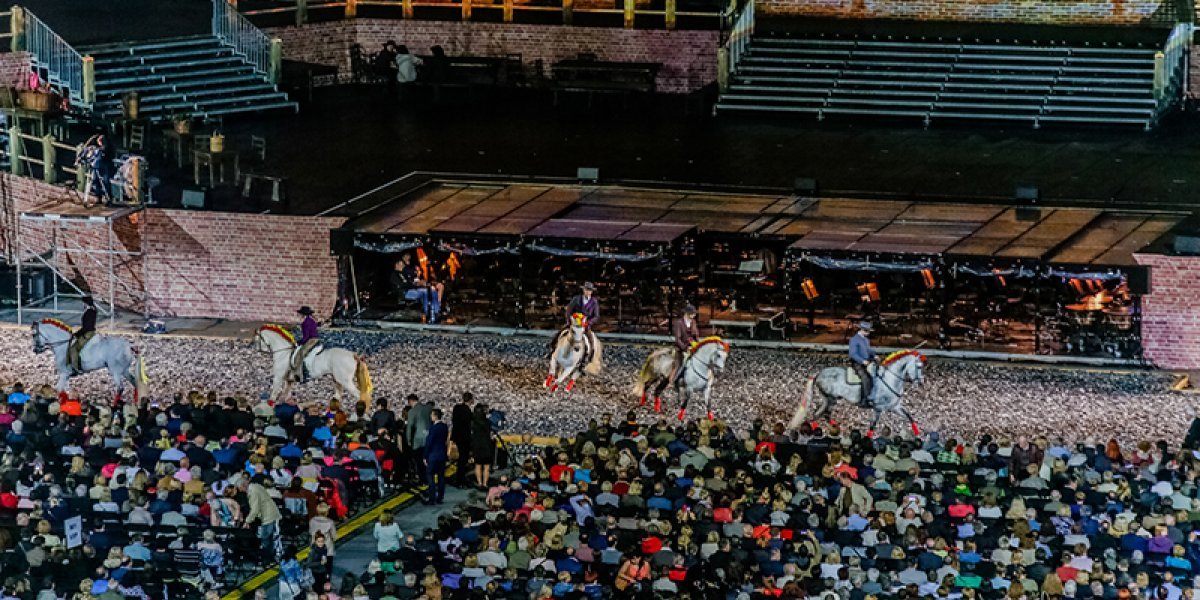 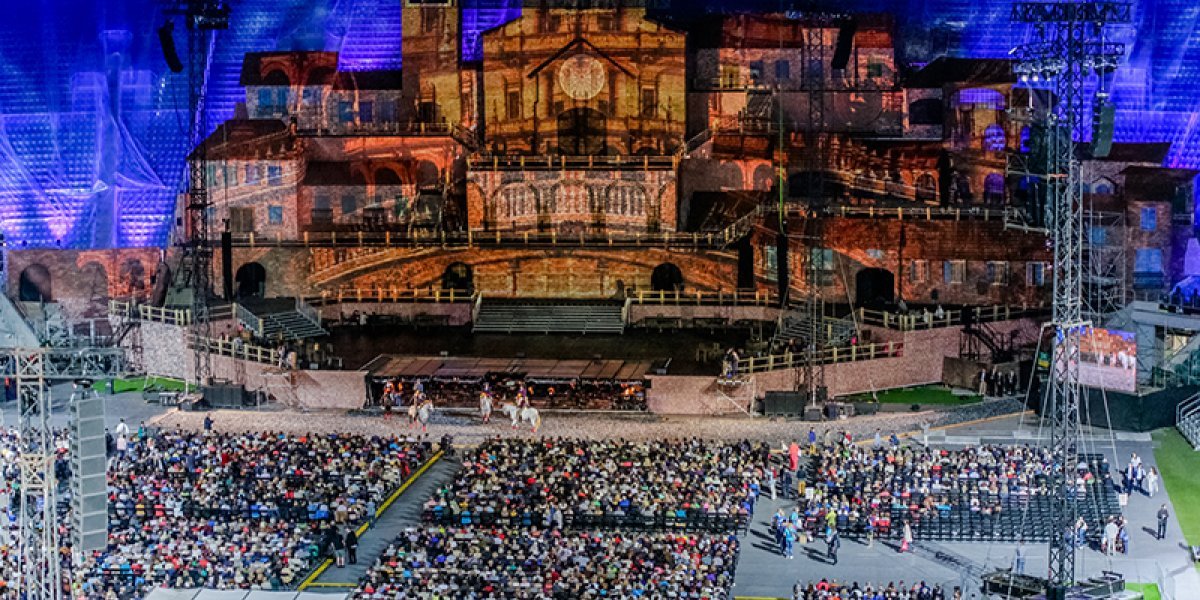 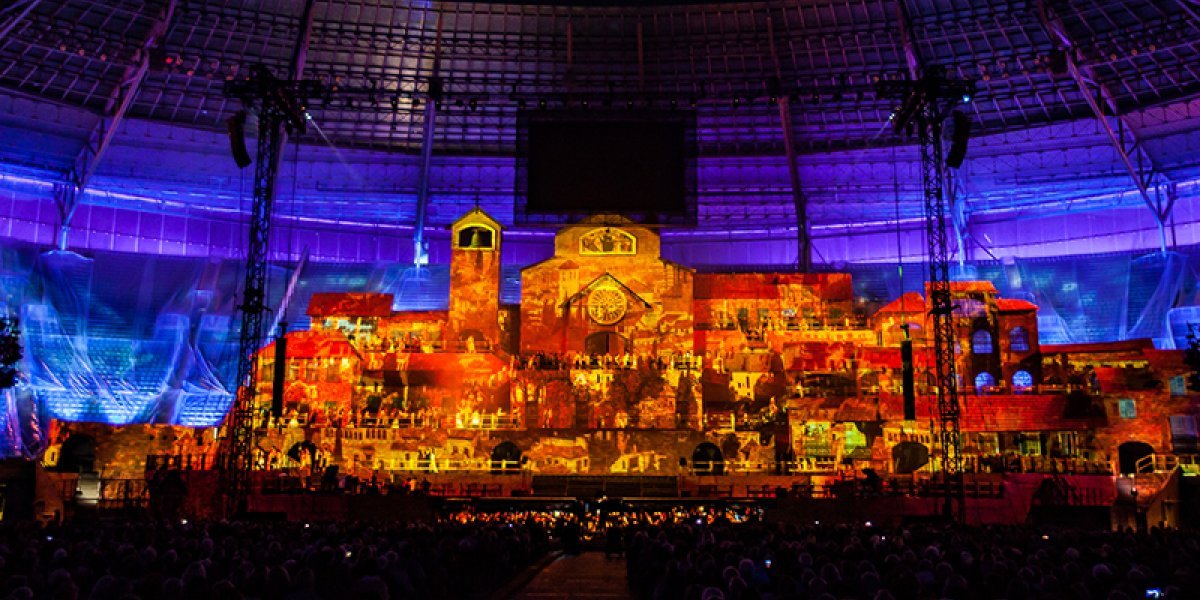 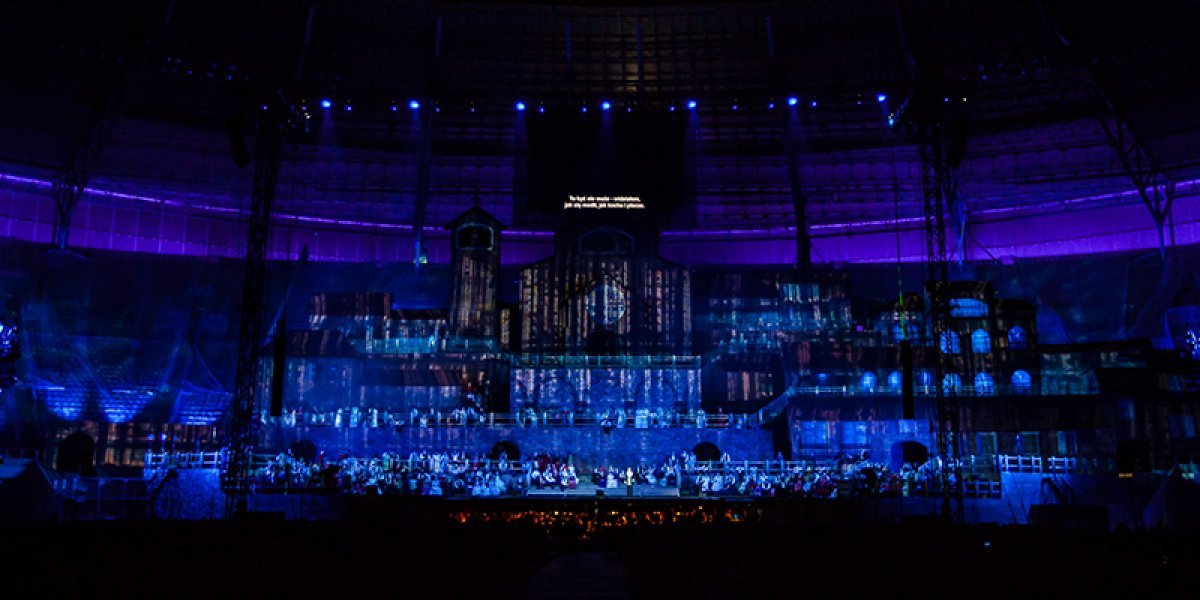 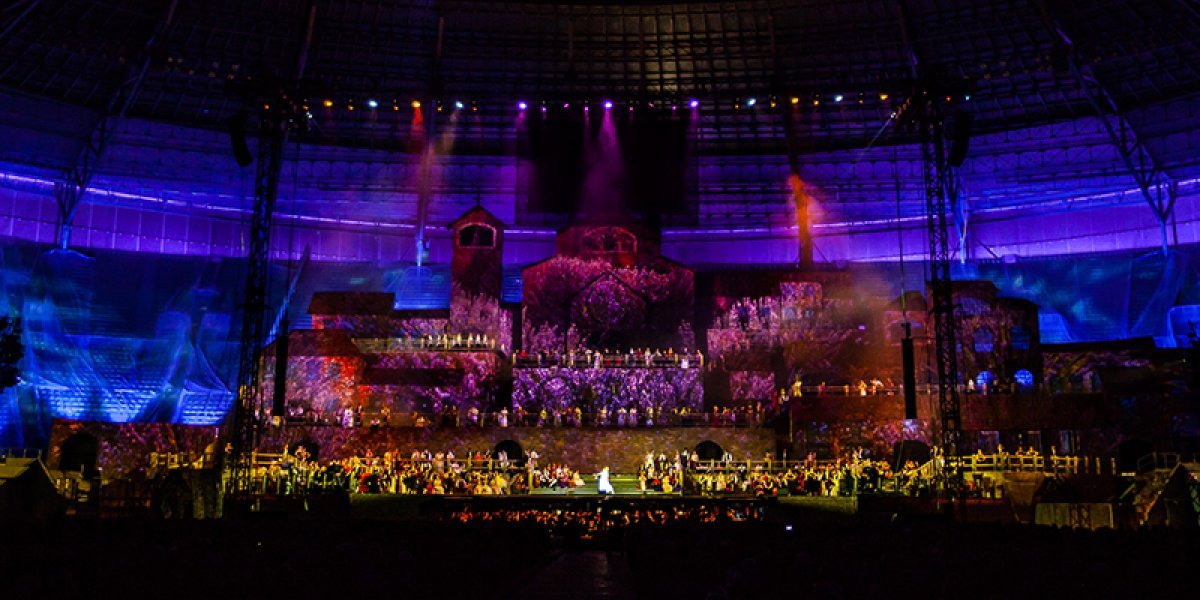 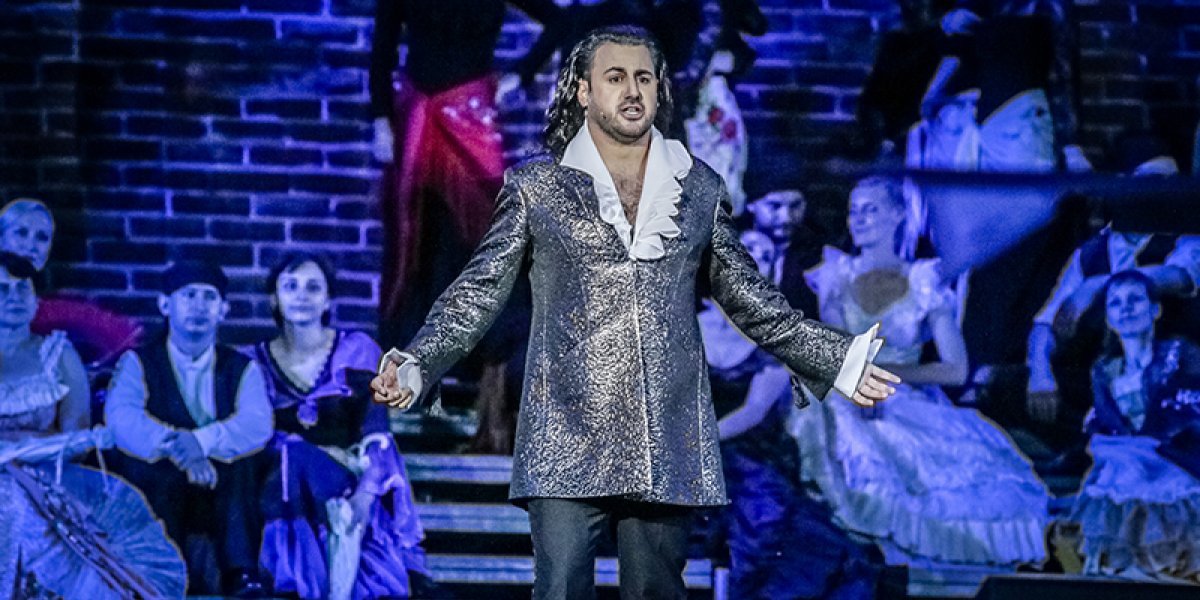 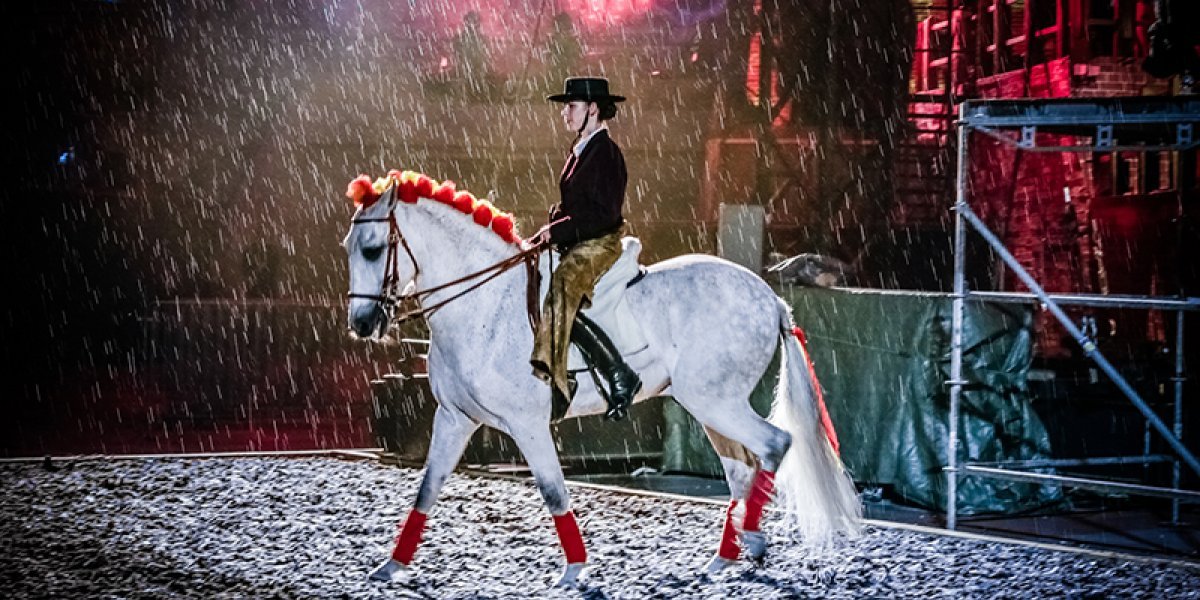 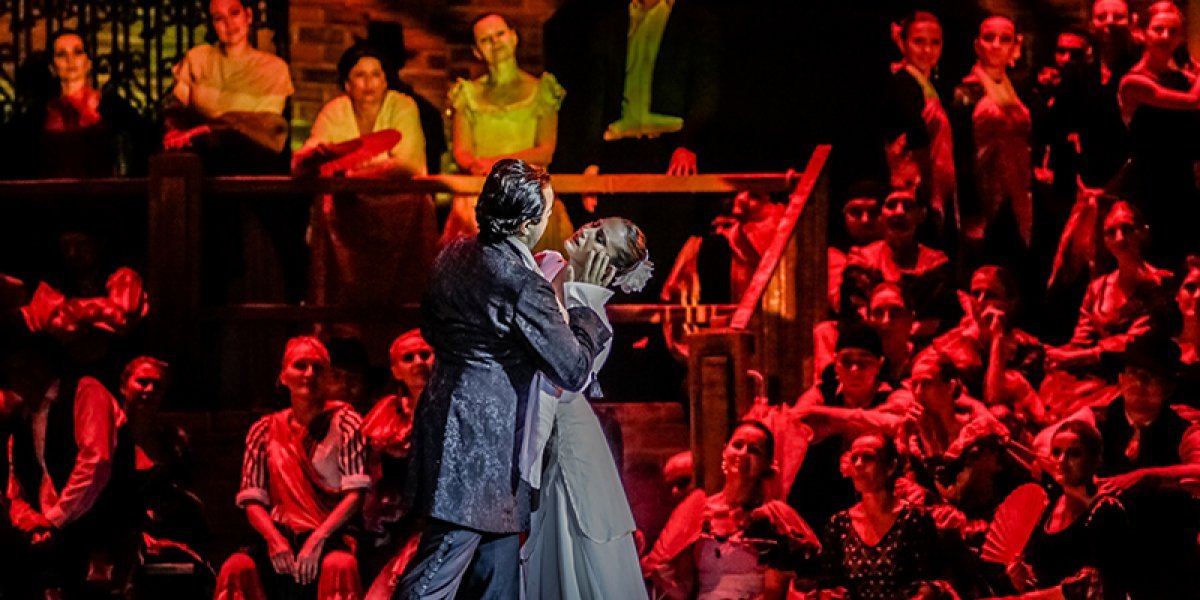 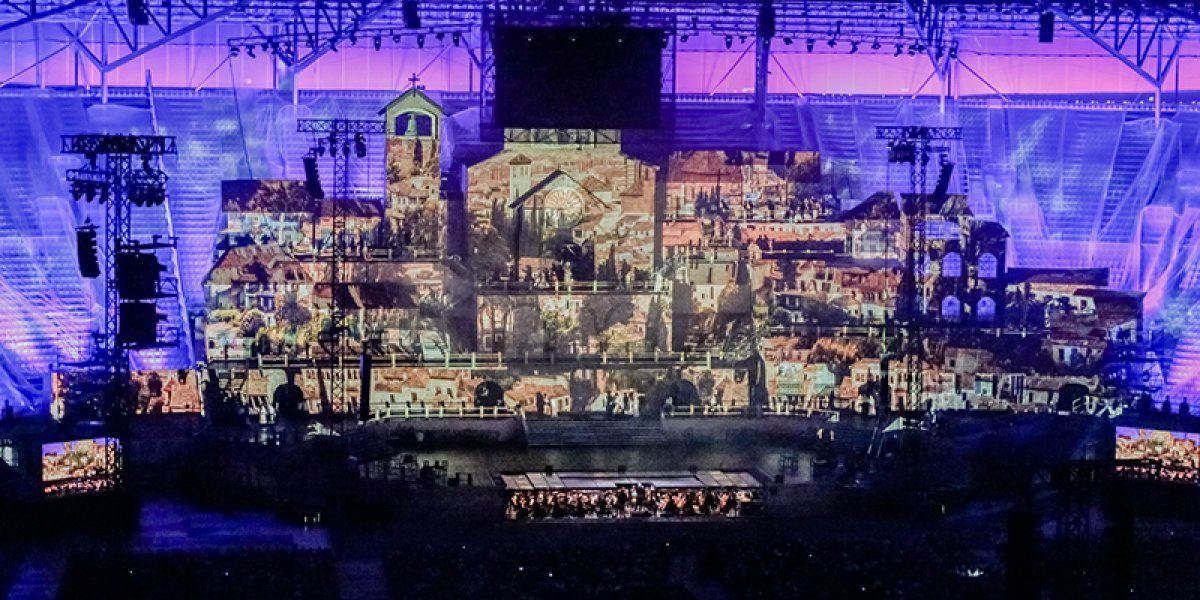 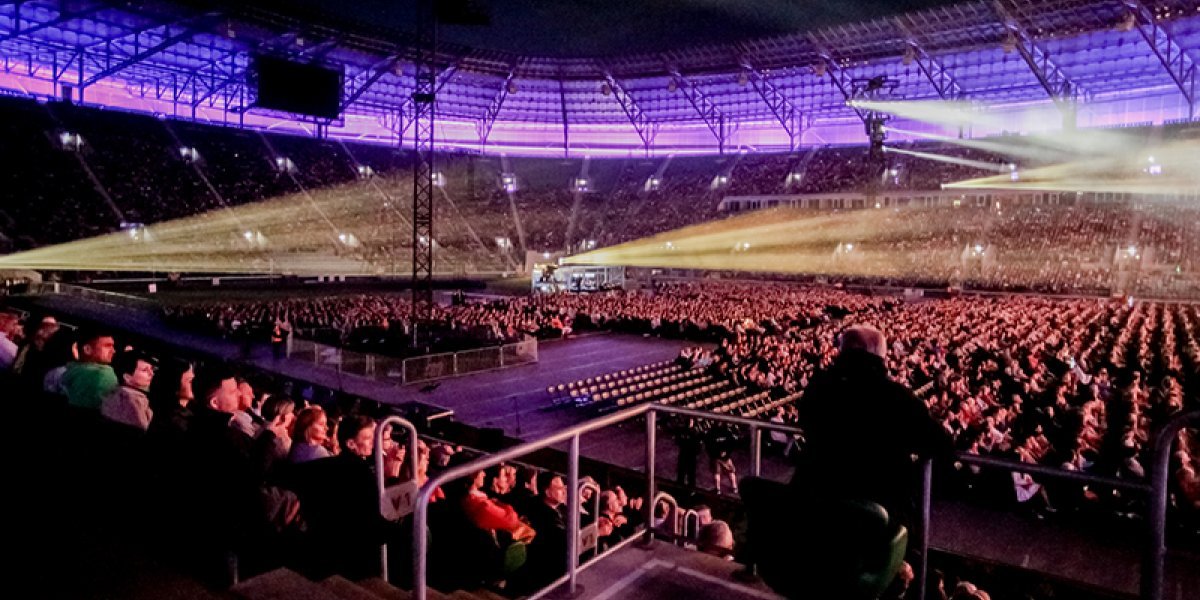 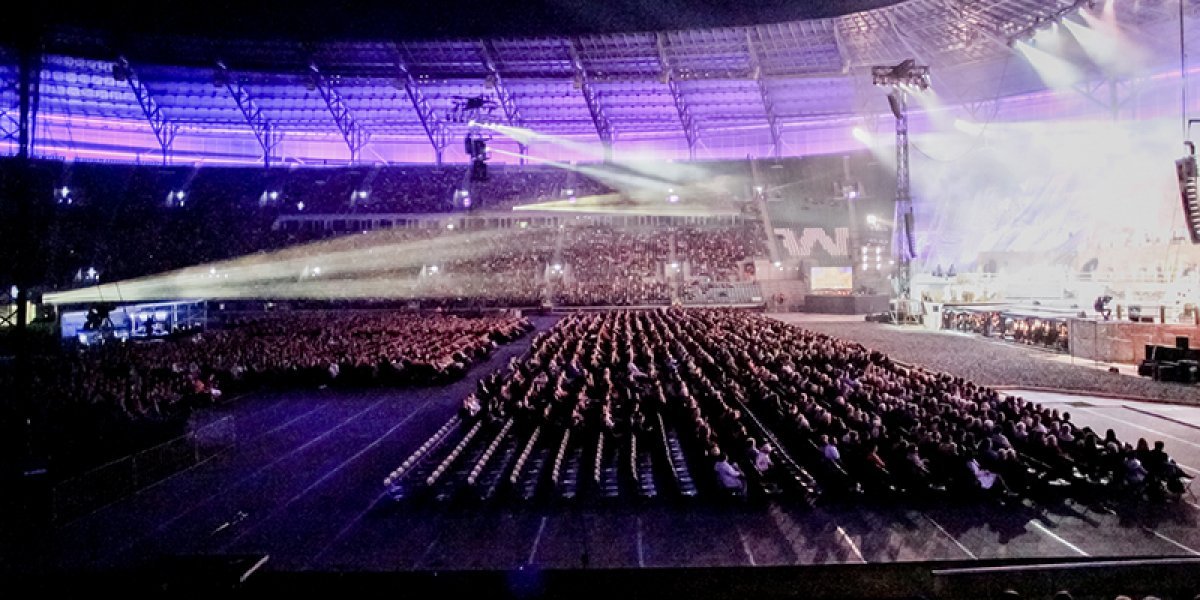 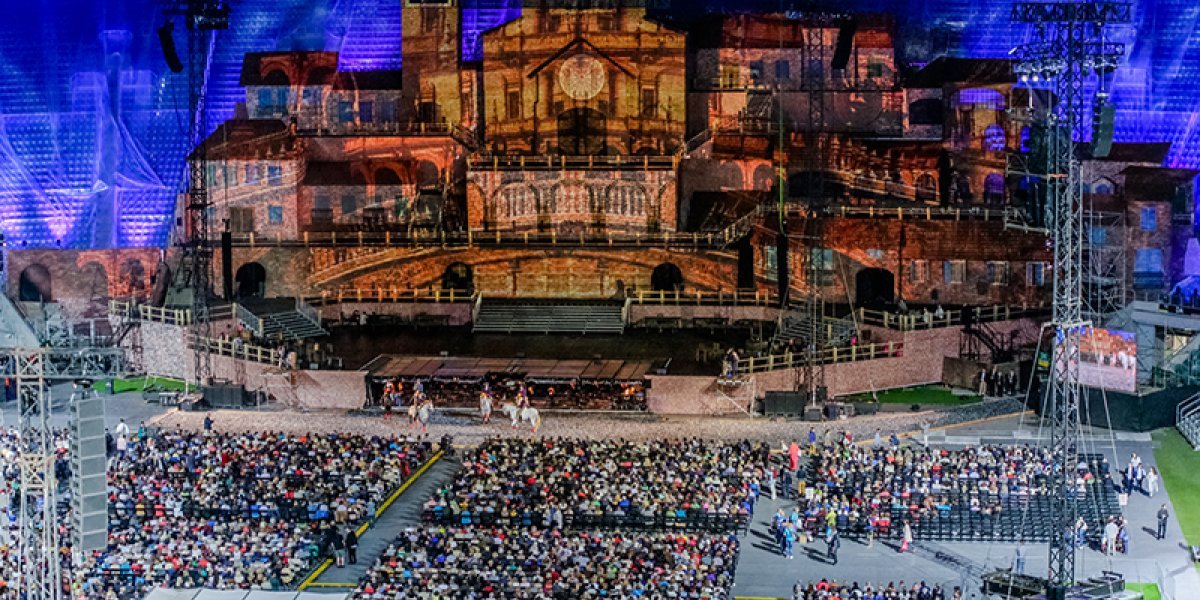 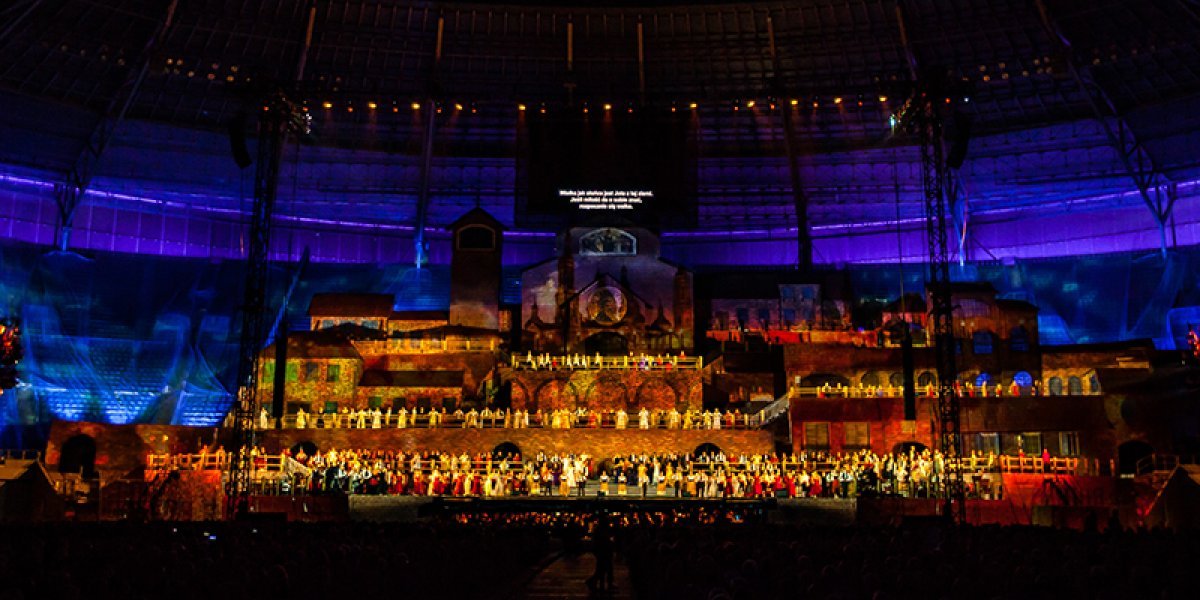 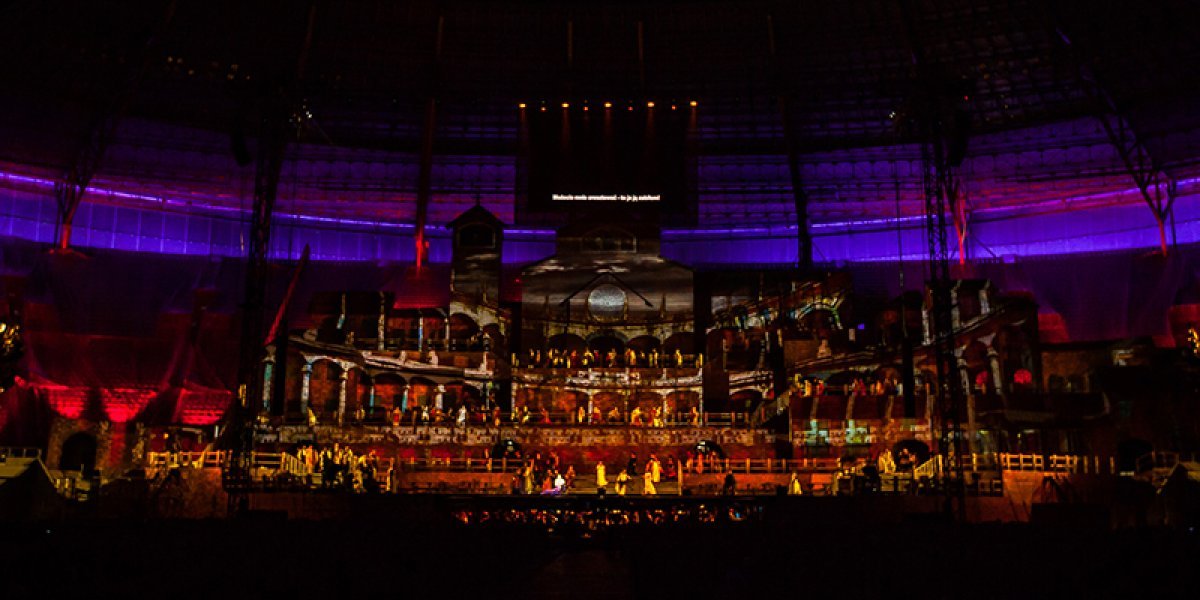 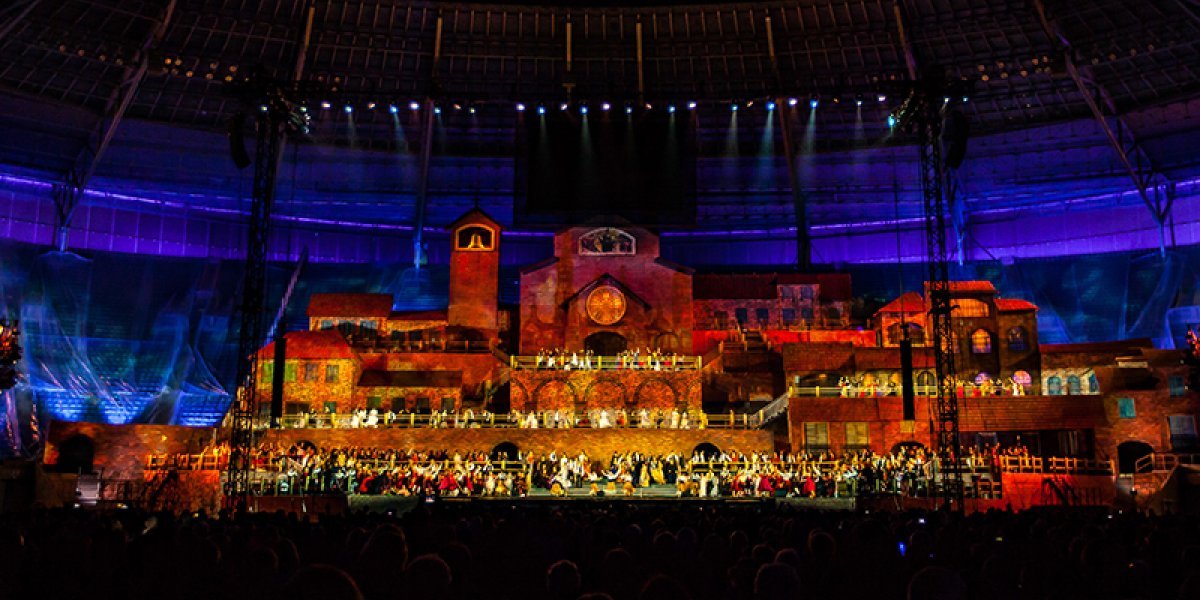 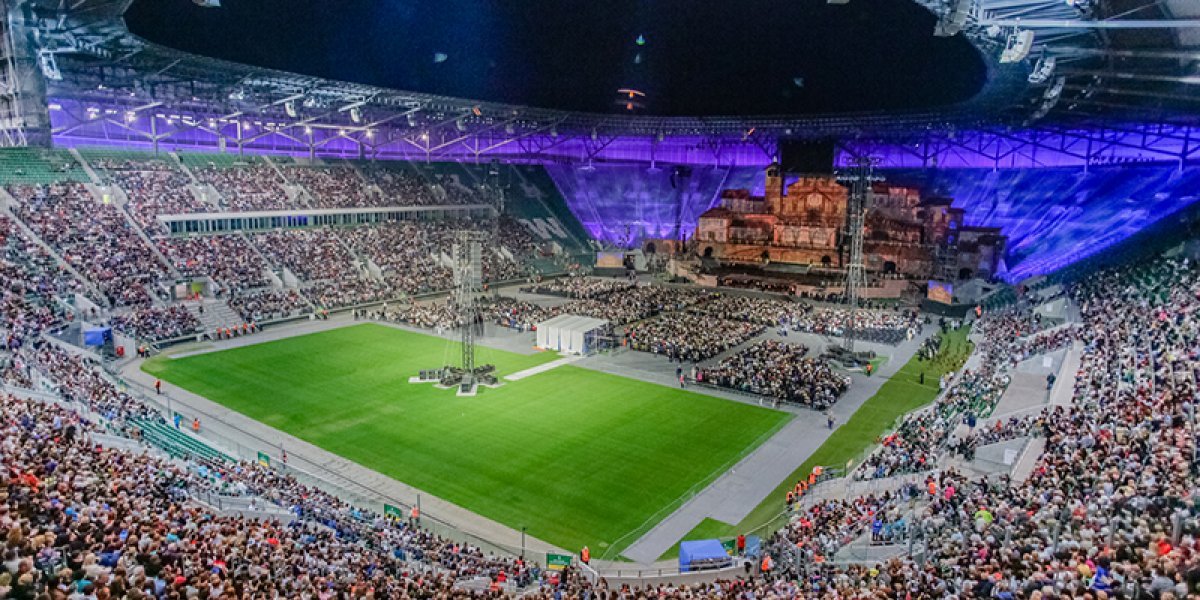 Spanish night with Carmen – Zarzuela Show” was great spectacle prepared by Wroclaw’s Opera. It was prepared with Ewa Michnik conception, based on fragments of George’s Bizet’s “Carmen” opera, its action takes place in spanish Sewilla. Best of Spanish zarzuela (lyric – dramatic genre involving spoken and sung scenes, as well as dance) was performed by group of about 500 artists – orchestra, ballet, choir and Wroclaw’s Opera soloists, as well as vocal and dance groups from Wroclaw and the Lower Silesia region. Another show attraction was presentation of beautiful Andalusian horses from Karolina’s Wajda’s stud, accompanied by flamenco music. Spectacle was perfected with aid of polish and spanish producers – Waldemar Zawodziński (known from opera superproductions in Centennial Hall) and Ignacio Garcia, spanish director specialized in zarzuela spectacles. Music director was Tomasz Szreder.

In order to carry through spectacle placed in Spain, enormous scenography was built – its width extended 80m. Conception was to create a video mapping of changing landscapes on it – among others: colosseum, moor, city by night or conflagration. As for system – d3 was obvious choice for video mapping, VES company provided 4x4pro this time, along with 9 projectors ranging from 20 000 to 30 000 ANSI lumens, to map the scenography.

Biggest advantage of system this time, according to Krzysztof Grabowski, d3 programmer and operator on-site, was flexibility: even though 3d model was not perfect and changing, feed cutting, endless warp and blend capabilities allowed to perfectly align projectors into created building pixel-map. Also ability to connect designer to d3 system and carry on enhancements during rehearsals was very helpful. Video artist responsible for graphic design, Piotr Maruszak, enjoyed chance to replace the versions of corrected graphics by himself.

Another pillar of the show was light directed by Bogumił Palewicz, accompanied by GrandMA2 operators: Sebastian Pachciarek and Kajetan Gostomski. Almost one hundred profile fixtures and two hundred different wash lights were used.

To sum up, almost 25 000 spectators watched the show, as You can see on photos provided due to courtesy of Sebastian Pachciarek and Wroclaw’s Stadium.